HER, the next hundredfold cryptocurrency Coin Journal 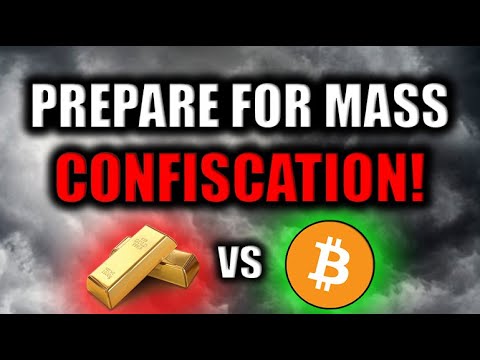 When a thing is denied, something new starts at a higher level.
The update and iteration of the currency circle takes only a few days.
On August 13, Yam, the token of a popular DeFi project, plummeted by 98%, while YFI, another DeFi cryptocurrency, outran the digital currency Bitcoin Gold by value under capital operation.
According to their familiarity with DeFi, blockchain investors in 2020 can be divided into two categories. The "New" investors are active in DEXs such as UniSwap and Balancer, striving for hundredfold returns on investment amid fake projects, while the "old" investors stick to mainstream cryptocurrencies and advocate value investment in the three major CEXs.
Despite its long history, DEX did not prosper until recently. It has processed transactions of over US$520 million in the past 24 hours, and the trading volume for the past week has exceeded the figure across 2019.
But still, many people are stranger to DEX.
I. Will DEX shuffle the existing trading market?
Upon discovering something new, you can describe it, but never evaluate it superficially.
UniSwap occupies 55% of the entire DEX market. Celebrities in the circle enjoy discussing the changes brought by UniSwap on social media and how it will change the existing trading landscape.
On August 5, Jay, CEO of OKEX Exchange, publicly stated that "UniSwap can hardly replace the current mainstream exchanges." on Weibo.
He also listed two reasons:
He also recognized UniSwap’s AMM model in the post.
Soon this post was criticized by Dovy, the founding partner of Primitive Ventures, to the effect that Jay had quite limited knowledge about DeFi and the reasons he proposed did not hold good.
She also mentioned the advantages of a new generation of DEX represented by UniSwap:
Traditional exchanges determine the price and market value according to a small number of chips in the market. By comparison, AMM relies on the entire LP pool to contribute liquidity, and a small number of chips will not lead to severe fluctuations in the price. The price follows the curve of the static liquidity pool within a time range, rather than the manually controlled order book.
2. Is UniSwap good enough to replace centralized exchanges?
Neither OK or Binance had expected that one day their arch rival was not each other, but the newly emerging decentralized exchanges.
With totally different operating methods and business models, DEX and CEX have their own merits.
CEX comes with evident problems. Ordinary users do not trust its security due to the rampant data cheating. For project developers, CEX requires high fees for token listing and maintenance.
The advantage of CEX lies in its low threshold and mature business model.
Just as Jay said, DEXs represented by UniSwap are still faced with great challenges posed by user habits. For example, UniSwap does not support limit orders or the candlestick chart, and users need to rely on a third-party Ethereum wallet for operation.
The innovative AMM model allows ordinary users and small market makers to get involved and earn market-making fees, reducing costs and improving liquidity.
According to the trading volume at this time, UniSwap may not be able to replace mainstream exchanges, but it is good enough to replace second and third-tier exchanges.
3. Is OneSwap an upgraded version or a copy of UniSwap?
"The success of UniSwap proves the necessity of the DEX that does not require permission and supports AMM in the market. However, UniSwap comes with two shortcomings. One is the lack of support for limit orders, which greatly restricts trading methods and liquidity; The other is the excessive transaction cost and poor transaction efficiency due to the limited processing capacity of Ethereum." - Yang Haipo
Recently, OneSwap, known as the upgraded version of UniSwap, announced that it will hit the market in early September, and has received an investment of US$10 million from CoinEX.
To develop an open-source centralized trading platform like OneSwap, it is easy to replicate the technique. But among so many Swap applications in the market, what advantages does OneSwap have over UniSwap?
1. Limit orders
Neither buyers or sellers of UniSwap can set prices independently; instead, they need to follow the prices set by other exchanges. If they want to buy tokens at a specific price, they have no choice but to wait till tokens at such a price appear in UniSwap, a waste of time.
Continuing the good practices of centralized exchanges, OneSwap supports the traditional order book based on rapid exchange, offering more flexible trading methods and further enhancing the liquidity of digital assets.
2. The candlestick chart and depth map
Without an order book, UniSwap has been criticized for its simple transaction interface which does not even contain the basic candlestick chart. As a result, it cannot satisfy numerous traders’ demand for data analysis.
To benchmark against the centralized exchange in terms of user experience, OneSwap has introduced functions such as the candlestick chart, order ticket, and depth map. Just like centralized exchanges with professional charts, OneSwap provided the price trend, trading volume, depth, and other information of different cryptocurrencies for users to set out informed trading plans.
3. Liquidity mining + transaction mining
UniSwap’s AMM model is believed to be a vital catalyst for its explosive growth. With an additional incentive mechanism of transaction mining besides liquidity mining, OneSwap leaves more core benefits to its users.
OneSwap will charge the Taker a fixed percentage of transaction fees based on the transaction amount, while the Maker does not need to pay. The transaction fees are divided into two parts: 60% for liquidity and 40% for the repurchase and burning of ONES. In transaction mining, both liquidity providers and traders will receive ONES as an economic incentive.
The market is looking forward to a new product that is as user-friendly as CEX and as safe as DEX. Is OneSwap qualified to meet such demands?

NEGOSENTRO.COM Bitcoin halving 2020.Raising a hundred-fold token starts from the ZB fiat currency transaction. The daily average value of the total market value of global blockchain assets this week was 252.96 billion USD, an increasement of 7.64% from the previous week’s average. The 24-hour daily average volume of the market is 106.698 billion U.S. dollars, 12.48% higher from last week ... Bitcoin days destroyed is a measurement of Bitcoin network transaction volume based on the amount of bitcoin sent multiplied by the number ... to further digest the hundredfold run-up of 2015-17 ... Celer team. Source: Twitter. Binance Launchpad, the token sale platform of major cryptocurrency exchange Binance, has hosted a token sale for Celer Network (CELR) today. (Updates throughout the entire text.) The token sold out within ... Looking back at history, since CCTV first reported on Bitcoin in 2013, it has repeatedly broadcast special features on Bitcoin in financial news. 2013-Li Xiaolai became the richest man in Bitcoin On May 3, 2013, the “Economic Half Hour” column of CCTV-2 Finance conducted a special exploration of Bitcoin. HER, the next hundredfold cryptocurrency June 22, 2018 By CoinJournal Press Team Hero Node is pleased to announce that on the 16th June 2018 it was added to the Bibox and Lbank exchange platforms. Since 2012, Bitcoin crashed and rose again for 13 times, and many of these crashes were proportionally more significant than the 2018 correction. For example, in early 2013, Bitcoin was quoted below $50. During that year, four significant collapses occurred. In two cases, the bitcoin rate fell by 80%. However, amongst that, investors could get more than a hundredfold profit. While bitcoin may be in the final stages of the bear market, Adamant capital’s report says the market could still dip back down to retest 2018’s lows to further digest the hundredfold run-up ... Bitcoin is in de laatste fase van de bearmarket en het is tijd voor accumulatie, volgens een rapport van Adamant Capital door bekend Bitcoin commentator Tuur Demeester en Michiel Lescrauwaet. Uit hun onderzoek concluderen zij dat de accumulatie-fase al aan de gang is en dat het marktsentiment aan het keren is. Like Bitcoin, Ethereum, Litecoin and etc. Trading Bitcoin on these platforms usually gives you the most value as they are the safest and the fastest. In most cases, a large crypto exchange will offer you a wallet as well, in order to keep your currencies safely stored. You can utilize this wallet as well as their trading platform as well. This option is very friendly to beginners in Bitcoin trade. Binance has four base coins: Bitcoin (BTC), Ether (ETH), Tether (USDT) and Binance coin (BNB). Every coin has a BTC and an ETH pair, but many cannot be traded directly for BNB or USDT. Controls. Both interfaces offer multiple controls, many of which you won’t notice unless you look for them. For instance, the basic exchange has buttons to switch between split buy/sell queues and much bigger ...